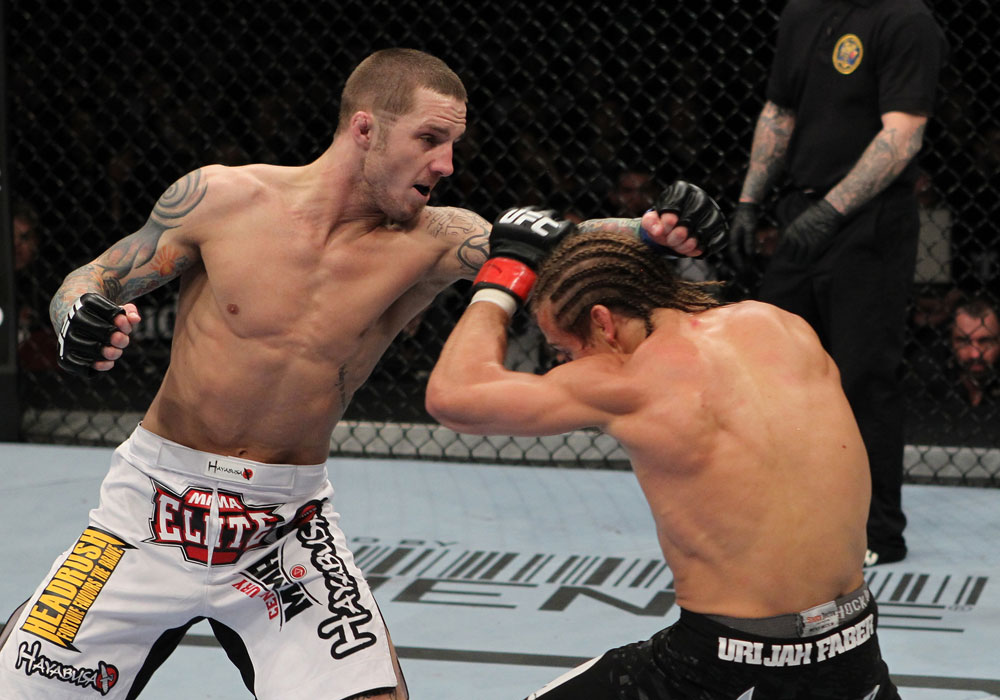 New Breed’s very own Eddie Wineland is set to take on Renan Barao in the octagon on UFC 161, which will take place on June 15, 2013 in Winnepeg, Manitoba, Canada. Renana Barao, the Ultimate Fighting Championship’s Batamweight Champion will put his title against Eddie Wineland, debuting as a division one contender.

Eddie Wineland (20-8-1), hailing from Indiana, is known for winning the first ever WEC bantamweight title by KOing Antonio Banuelos. Most recently, the compelling and powerful Wineland entertained crowds with jaw dropping performances. In June of 2012, he knocked out Scott Jorgensen and following he earned a decision win against Brad Pickett at UFC 155. With Wineland’s past record, the last year has been a promising one for the bantamweight contender.

Barao now has to defend his interim Bantamweight title against Wineland after defeating Urijah Faber at UFC 149. So far, the Brazilian contender is undefeated in his 31 professional fights with his only defeat from his first MMA bout.

Wineland and Barao, who recently beat Michael McDonald through submission, will take the main event of UFC 161 at the MTS Centre, on June 15.
Check local listings/PPV to view UFC 161.

Warning: Unknown: Failed to write session data (files). Please verify that the current setting of session.save_path is correct () in Unknown on line 0